The Allies of Humanity Book Four : Freedom in the Universe 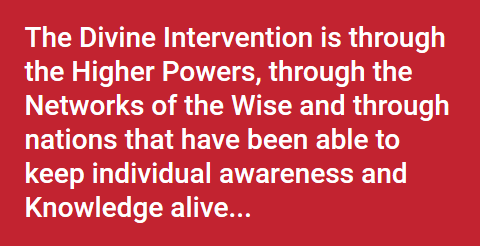 The Divine Intervention is through the Higher Powers, through the Networks of the Wise and through nations that have been able to keep individual awareness and Knowledge alive... 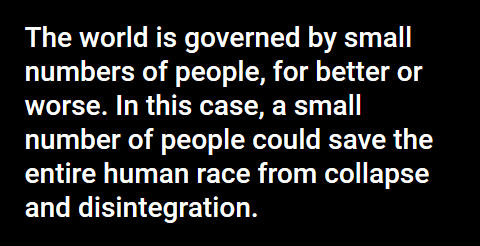 The world is governed by small numbers of people, for better or worse. In this case, a small number of people could save the entire human race from collapse and disintegration.

God knows this is the greatest threshold for the human family, the greatest threshold you have ever faced and may ever face—a declining world and emergence into the Greater Community, which usually accompany each other. God has sent a New Message into the world. We know of this. That is part of what has called us here to encourage the human family. We will speak of this next, for it is fundamental to your success and to your freedom.
Third Briefing: Freedom in the Universe
Fifth Briefing: The Great Coordination
Discuss the Fourth Briefing
Print content